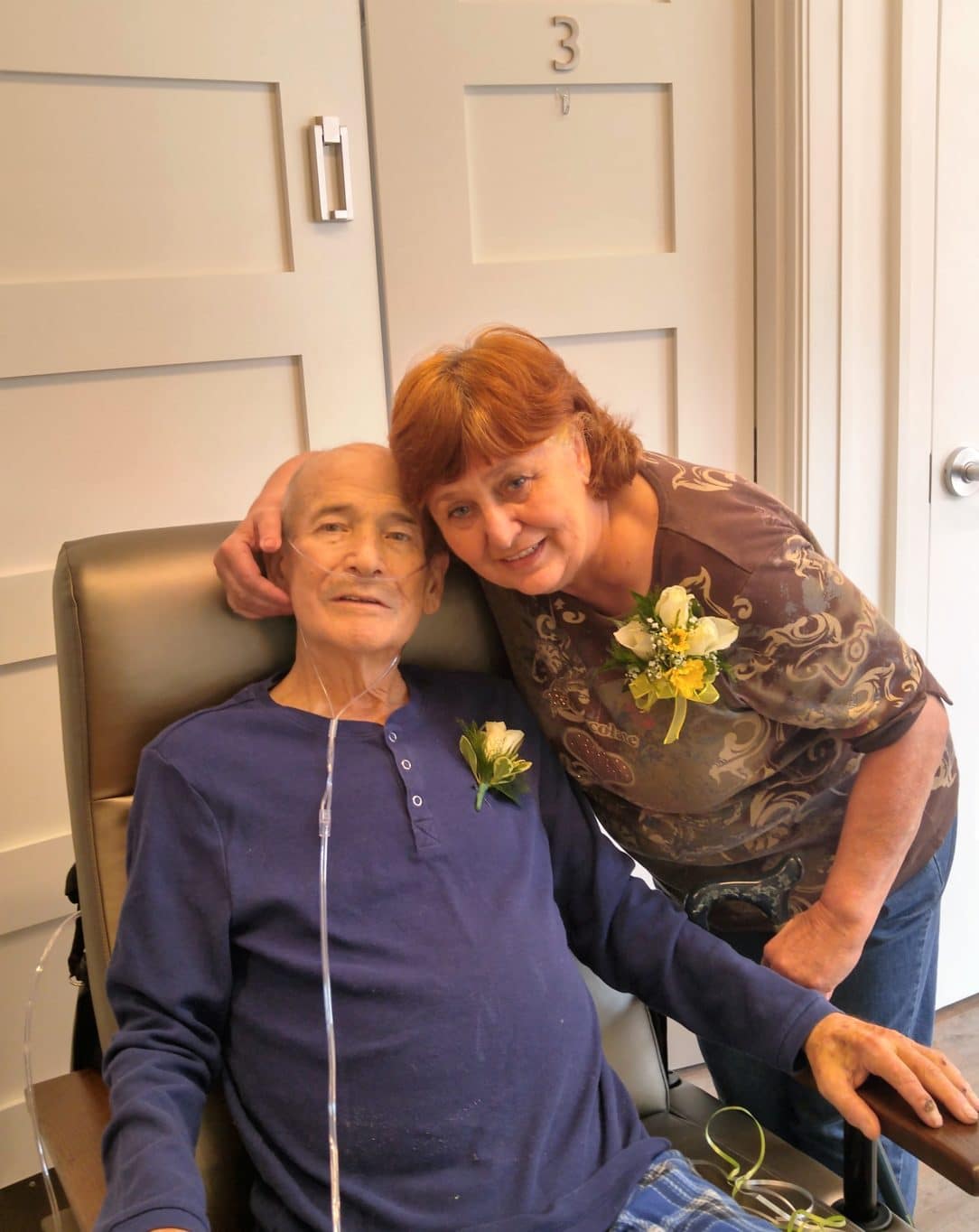 On May 29 th , 2016, I lost the love of my life, my closest friend, my beloved companion, and yes, my greatest challenge. Ed Aitken, at the age of 67, peacefully passed away at Chatham-Kent Hospice.

Ed and I enjoyed our small town life together, renovating our house, being involved in our church, making friends and many happy memories. We especially loved cruising in our little ’51 MG named Buttercup. These were wonderful times for us!

Then Ed’s health began to deteriorate and after 2 years of intense suffering, Ed was admitted into the hospital on May 4th, 2016. Although I knew his condition was serious, I continued to hold on to the hope of him making a turnaround and coming home.

I will never forget the morning when the doctor gently told me there was nothing more they could do for Ed and suggested we move him to the Chatham-Kent Hospice. The strand of hope I’d been holding on to was suddenly severed, my heart was crushed and my world became numb as I realized I had to tell Ed, the love of my life, he was dying.

Our pastor visited and suggested Ed search his heart and ask God to reveal to him any unfinished business needing to be cleared up. When the pastor returned the following day Ed told him he had received an answer “I need to marry Ruby”. That day, Ed asked for my hand in marriage and the following morning, we were married at a simple bedside ceremony with the kids present.

I had no concept of what a Hospice was so visions of a place where you simply go to die, a gloomy, dark and depressing place, were vivid in my mind. When we arrived we were told this would be our home for the duration of our stay, adding, Ed was their main focus.

To my surprise our stay at Hospice was an unforgettable experience. The accommodations were akin to a five star hotel including a well-equipped private suite, homey dining room with delicious offerings made daily by the volunteers and a beautiful outdoor space where Ed was able to spend time enjoying the sunny weather.

When word got out that Ed and I were recently married, the Hospice staff came up with the idea to host a reception for us. When the big day arrived, Ed was presented with a lovely boutonniere and a beautiful corsage for me. Attached to the corsage was the most beautiful ring I’d ever seen. We were then whisked to the dining room which was fully decorated complete with fresh flowers on every table. Our friends and family were there to greet us. It really was awesome!

After a while, Ed asked if he could be taken back to the room to rest. As we reached our room, a sign on the door read “Honeymoon Suite ~ Do Not Disturb”. In the room, a large heart with words “Ed and Ruby” was imprinted into the plush bedspread with two pink carnations on top. We felt we were living out a storybook tale. Everything was just perfect!

While Ed rested, I returned to the reception to say good bye to our guests. Shortly after, I returned to check on Ed along with his son and daughter. As we gathered around his bed, Ed took his last breath. There are no words to express the loss I felt at that time but somehow I found solace in knowing he was finally at peace.

I will be forever grateful for all the memorable moments we were able to share in Ed’s final days due to the care and compassion showed to us by everyone at Chatham-Kent Hospice. I was allowed to take off my caregiver hat and give him my undivided love and attention. Instead of being overworked and sleep deprived, I was able to hand his care over to the capable staff. We were given the greatest gift of all; the gift of time to be able to reconnect and fall in love all over again.

Thank you – We had the time of our lives!