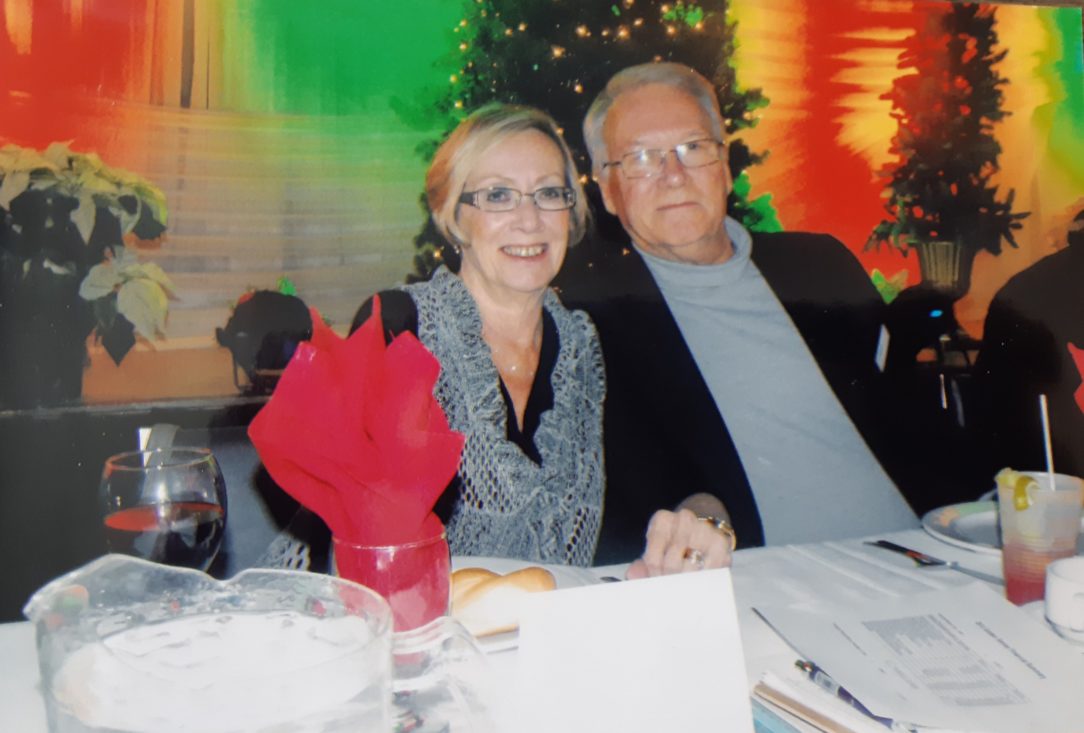 When Jim first met his younger sister’s best friend, Ruth, he didn’t know she would become the love of his life. First becoming friends, then husband and wife, Jim and Ruth shared a special bond.  While they both grew up in Chatham-Kent, life and work took them away from the community. Ruth was an employee at Union Gas and was able to transfer wherever Jim’s job would take him – from Brantford to Windsor to London. Regardless of where they worked, it was always their hope to come back and make a home in Chatham-Kent.

After 10 years of marriage Ruth and Jim were proud to welcome a new addition to their family – a son, Jared – and then, barely a year later, a second son, Andrew. Their small family doubled in size very quickly!  After years of working and taking care of her family, Ruth retired from her work in 2009 but kept busy dedicating more time to her garden and sewing projects.

Their life, like everyone’s, was not without its hardships and  struggles. Jim & Ruth’s oldest son was diagnosed with cancer while in his third year of university and passed away a short six months later. In the years following, Jim suffered two heart attacks and had to undergo heart surgery. Through it  all Ruth was their rock. She looked after everyone and held their family together. As they approached their 50th wedding anniversary, Jim and Ruth began planning a trip to Hawaii – a trip they were, sadly, never able to take.

Unexpectedly Ruth was admitted to the hospital after having trouble breathing one day. Scans confirmed she had pancreatic cancer. While waiting for a biopsy, Ruth and Jim contemplated  treatment options. After spending 10 days in the hospital, Ruth suffered a stroke which left her unable to speak. Although not able to share her feelings, Jim could sense Ruth’s growing tension. It was the weekend but when a room opened up at Chatham-Kent Hospice, Jim knew Hospice is where they needed to be.

Ruth did not need to be able to talk to let Jim know moving to Hospice was the right decision – he could feel her relax the moment they arrived, when the caring staff and volunteers began to get her settled in the suite. The final gift he would give Ruth was comfort and peace.

“If she could not be at home, Hospice was the next best place. I admire all the work the staff and volunteers do  ending to each family while making you feel like you are the only one. When Ruth passed she was surrounded by her family and loved ones. During her farewell ceremony, we were able to pick the  music and readings making it special – just for her.”

Since Ruth’s stay at Hospice, Jim has been motivated to give back. “I want to share our Hospice story with the hope it helps people better understand what Hospice does in our community. It brings peace to the resident and peace of mind to those left behind. I want other families to be able to share that gift with their loved ones.”